The Weekly photo challenge is Eerie.
Last night was Halloween. I did makeup on my son to be a zombie.
Here is a eerie picture of him as a zombie. 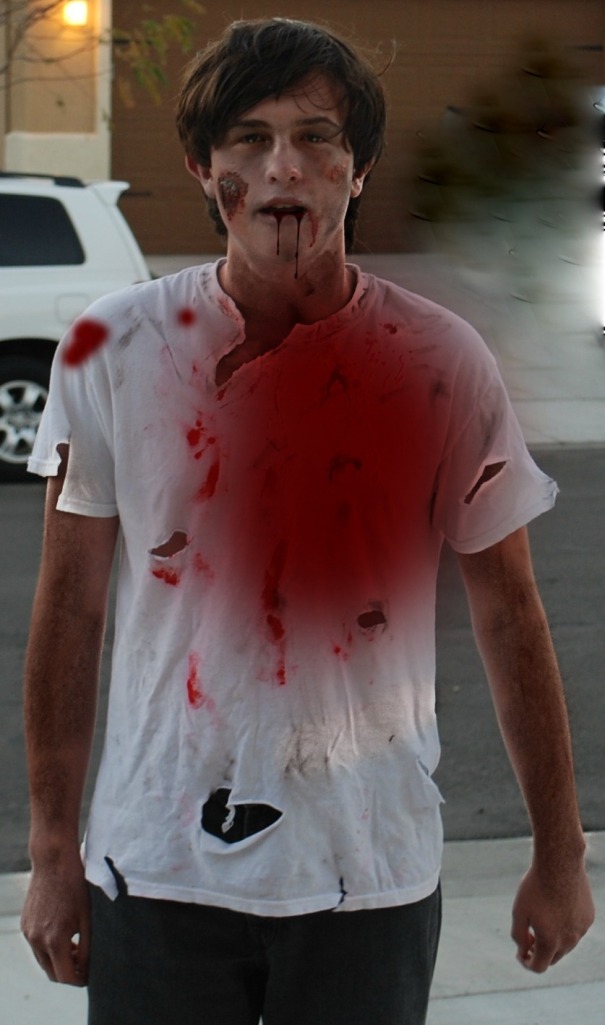 He passed out candy for a while. He would moan and walk like a zombie while giving out the candy. One little boy ran back to the sidewalk yelling at my son, “Stop it, stop it, stop it now. I don’t like that!” He must have got scared of my zombie son. I had one guy trick or treating that looked like he was 25. I told him he was a little too old to be out trick or treating. He said “Your never too old to be a pimp.” He had on a long fur coat and gold chains. I said “How old are you?” He said he was 16. The lady standing behind him said “More like 25”.
Someone broke out a window on the neighbor’s vehicle last night. That is too eerie for me. He said someone shot a BB gun at his window, he found BB’s inside his vehicle. That is just someone being a jerk last night.