It is Weekend Coffee share. If we were having coffee I would tell you about different things I did this last week. 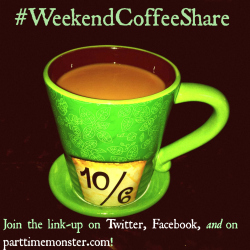 Last night I could not sleep because the cowboy song kept playing over and over in my brain.

I want to be a cowboy and you could be my cowgirl. Yippy yi  yippy yo yo. That is what keeps playing my head. Over and over and over. It is a song that I listened to the other day and it is like stuck in my brain on repeat.

I now hate that song SO much I am going to go get the flash drive I put it on to play in my car and delete it off. I hate when songs get stuck in your head. Does it do that to you too?

See I have been putting all the songs I ever had on CD’s onto my flash drive. I ran across that song and played it a lot and then I recorded myself singing that song because I wanted to see what I sounded like singing it. UGHHHHH, don’t do that if you can’t sing well.

I was at Costco the other day and they had a sale on photo books. I bought one for $12.99 and I have to go online to their photo department and load up like 45 pictures to put in that photo book. I have been going through old old cd’s that I put pictures on and searching through all my flash drives to add pictures to my computer to put in that book. That takes hours to do. The pictures are old and taken with a crappy camera so I am going to try to type the date on the picture and adjust it to not look so bad in my Corel photo program. That will take hours. I want all the pictures of my son when he was little up till now in that book. I also got 50 free pictures from Sam’s club for signing up with their photo dept.

My husband said he wanted 2 more pictures in the living room. When we would go to a National Park last year I would buy a poster in the gift shop and we framed them and put them in the living room. I have Death Valley and Canyonlands and Arches and a few more.

He wanted two more so he looked on the internet and they are expensive. I said I would look through my pictures and enlarge a couple of them. I checked Sam’s Club and they sell large pictures. I found two, one of a beautiful hot pool at Yellowstone by the Yellowstone lake and one of Flaming Gorge in Utah. They only charge $9 each for a 20″x24″ picture. I had them made and they make them so fast. In fact I put it in to make and then the lady called and said my picture was done. I had just put in it to be printed. I went and got them and they are so nice. We framed them and hung them and I think that they look better than the quality of the posters that I bought at the parks. 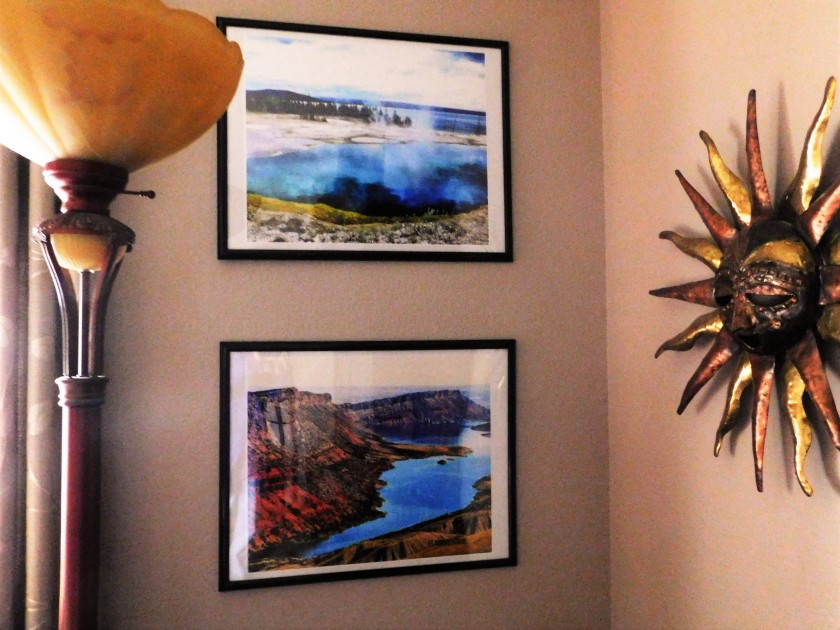 Well that is all I can think of today. Go to the link at the top of the page to join in the weekend coffee share.

Sometimes I put things on Tumbler, just quick thoughts. I write them down sometimes with a picture and post them. Nobody reads them on there but this is a dream that I had the other night.