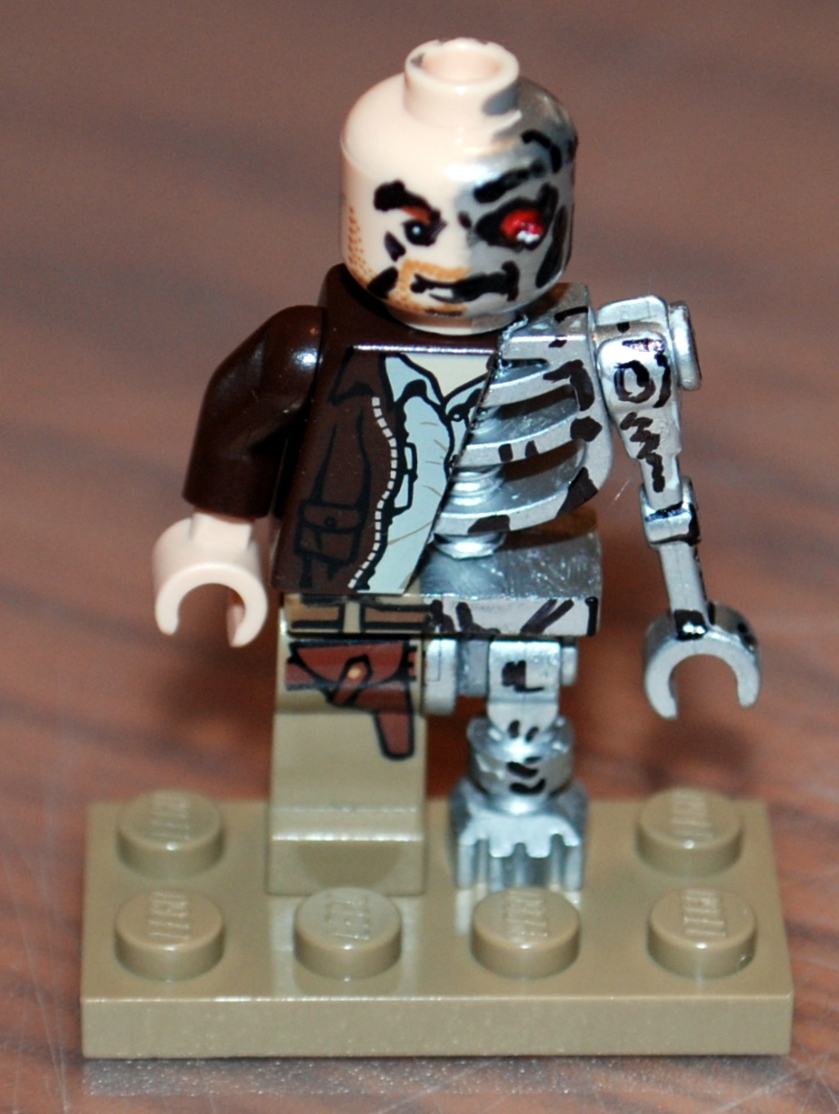 My son loves Lego toys. He watched a video about a custom-made Lego. The guy took a regular mini figure and cut it in half and got a Lego skeleton and cut it in half and then glued them together and painted it to look like a “terminator”. My son begged me to help him do that. He wanted to make one. I said “OK, but we have to go get some glue and paint.” He decided he could not cut up a Lego skeleton that he had, he had to buy a new one. I found some glue at Home Depot that was supposed to glue plastic good. It had a pen thing that primes the plastic and then a tube of glue. The package said to be very careful not to glue your fingers together, but if you did, do not pull them apart, just put oil on it and rock and roll them apart. That did not sound encouraging. Thoughts of the days when I used to glue on those fake fingernails on my fingers, fill my head. I would put a drop of that super glue on the fake nail and push it to my fingernail. It didn’t glue on half the time, but I got the glue all over my fingers and sometimes would get it stuck on things. The commercial would show some guy glueing his hard hat on a steel bar and dangling from it because the glue stuck so good. I never had such luck.
So….anyway, I got the glue which cost $5. I then found this paint in the crafts dept, that is paint in a type of pen shaped container, you shake it and it paints with a felt tip. It works great. I got a silver one and my son wanted a gold one, because he could not decided what color he wanted. Those were $3.60 each. Then they had different colors in a 5 pack for $10, but we had to get 2 packages because he wanted all the colors.  Then he had to buy a Prince of Persia Lego for $10 because it had a skeleton in it.

Luckily we had a saw to cut the Lego in half.  Hubby did that.  I painted the skeleton silver with the paint pen.  Then came the glue.  I primed it and then put the glue on one side and we held it together for a little while.  I thought it was amazing that I didn’t get glue all over my hands.  My son did get a little on his finger.  But he didn’t glue his finger to anything.  It glued really good, the leg moves and didn’t fall apart.  So all in all, the almost $50 Lego project turned out OK…..I guess.  I told him I was not going to make anymore.

I might take back a package of those paint pens for $10.  But, I like the colors and I just bought a plastic shelf thing for my bathroom towels that looks really plain, and those paint pens would be nice to paint some flowers on the shelves.