The Weekly photo challenge is Texture.
I just got back from going up Highway 101 in Oregon. We went to a lot of beaches. There were huge rocks with lots of texture.

These jelly fish were clear, all over the sand. There were smooth and the sand is gritty.

The previous post did not show sand.  The rocks were put there to block the waves.  The tide came in high.  The water would come up to the fence and sometime over it.

Walking the beach makes your feet smooth.  The water was warm.  The sound of the waves is soothing.  Although when the tide came in high and the waves were big, it frightened me.  The waves are powerful.  They said there were rip tides and it was erroding the beach.  After the high tide my son found this.  It is a Horseshoe Crab, empty on the inside, laying on the beach.

You can’t tell the size of it.  Here is my son holding it up.

He wanted to take it home, but it still had muscle and tissue on the inside holding it together and it was starting to smell.  I didn’t take it home.

My son and hubby were out in the water using their boogy boards.  They rode the wave a couple of times and then a big wave hit them and pushed them around under the water.  They didn’t go out after than.  My son said “The wave cleaned out my ear wax from my ear.” 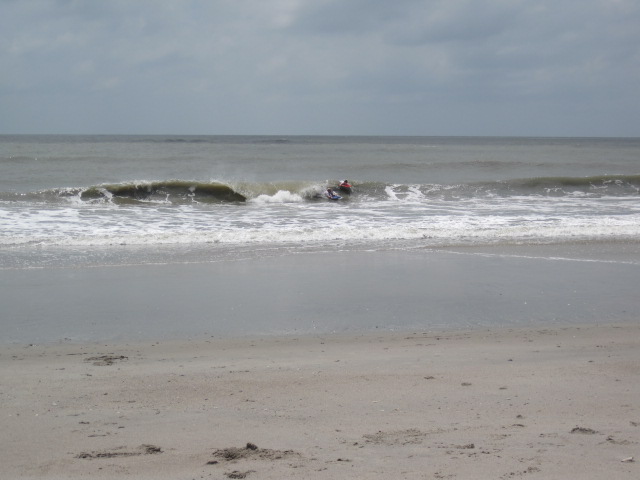 I like how the sand looks all glossy and shiny when it is wet.  That is also the best place to spot sharks teeth, because they shine when they are wet. 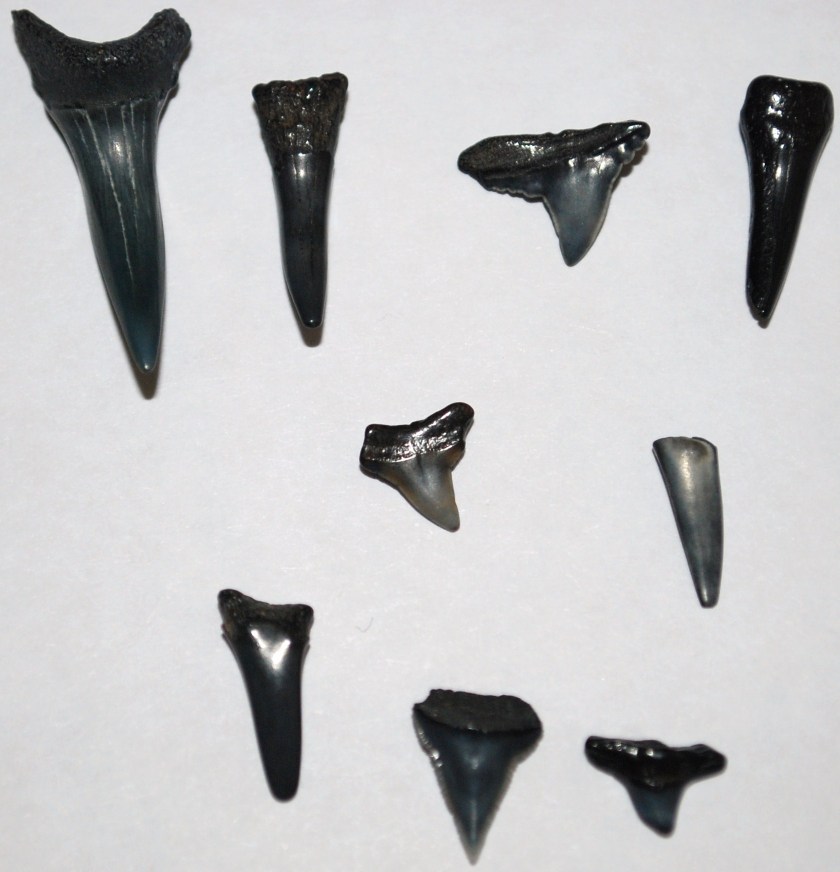 Here is the picture of the shark teeth.  They are mostly small, they look larger in the picture, than they are.   The top one on the left is the biggest one I found.